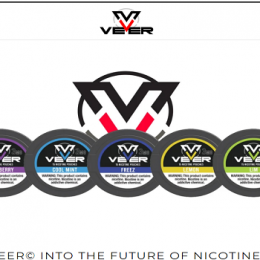 Five Kentucky-based wholesalers and one based in Southern Indiana are suing the Kentucky Revenue Department, alleging that cigarettes they are distributing are being unfairly seized.

The wholesalers and their trade association, the Kentucky Tobacco & Candy Association, claim the state is taking packs on which the 30-cent tax was properly paid because machines that affix the tax stamps miss some packs.

The lawsuit filed in Franklin Circuit Court seeks, among other penalties, an injunction to block the state from seizing cigarettes under a law governing contraband.

The state has seized about 350,000 packs over the past eight months based on 215 inspections in 36 of Kentucky’s 120 counties, including Jefferson, said Jill Midkiff, a spokeswoman for the Finance and Administration Cabinet.

About 85 percent to 90 percent of the packs had no stamp, she said.

“They don’t seize anything that has at least 60 percent of the stamp and identifies the serial number, which would identify the wholesaler,” Midkiff said.

The enforcement followed the increase of the tax from 3 cents to 30 cents in 2005. With the tax increase, revenue officials saw increased irregularities with the stamps, Midkiff said.

Contraband is an issue in Kentucky because of the still relatively low tax rate and the high number of smokers, said Scott White, the attorney for the plaintiffs.

But the Revenue Department is arbitrary and ignores the good-faith efforts of wholesalers to attach the stamps using state-approved machines, the wholesalers say.

That harms the wholesalers, who operate on a slim profit margin, White said.

The wholesalers and state officials had several meetings to discuss a compromise, but White said the state wouldn’t budge, so his clients decided to proceed with the lawsuit.